Transport in 2023: everything you need to know about the upcoming changes for tracking trucks in Europe

CO2 emissions, kilometers traveled, vehicle category, country of origin and routes taken: nothing will be left to chance after the implementation of the changes required by the European Union in 2022. And all these changes will be effective from 2023, in addition to the tightening of controls on existing standards, such as the Euro VI standard, applicable since 2013.

Also in effect? The Green Pact signed by the European Parliament in early 2022 to make the standards on CO2 emissions from light vehicles more stringent. One more reason for transportation companies to adopt eco-driving.

What are the changes that everyone in the transportation industry needs to know about?

As a reminder, the EU’s ambitious goal is to achieve “zero emission road mobility by 2035″. It is therefore essential for transport and logistics players in France and Europe to know the challenges and solutions capable of keeping their activity in line with this objective. Indeed, while the European Commission seems to be making greater strides since 2021 on the subject of carbon emissions in metropolises, some countries (such as France, Spain and Portugal, to name but a few) have also taken the subject head-on. They are activating levers to improve their scores and compete with the attractive green mobility and CO2 emission reduction figures of the Scandinavian countries (often cited as an example).

The European Environment Agency (EEA) states in a 2022 report that transport is responsible for 45% of nitrogen oxide emissions in Europe, but also “a significant share of total emissions of other key pollutants”. 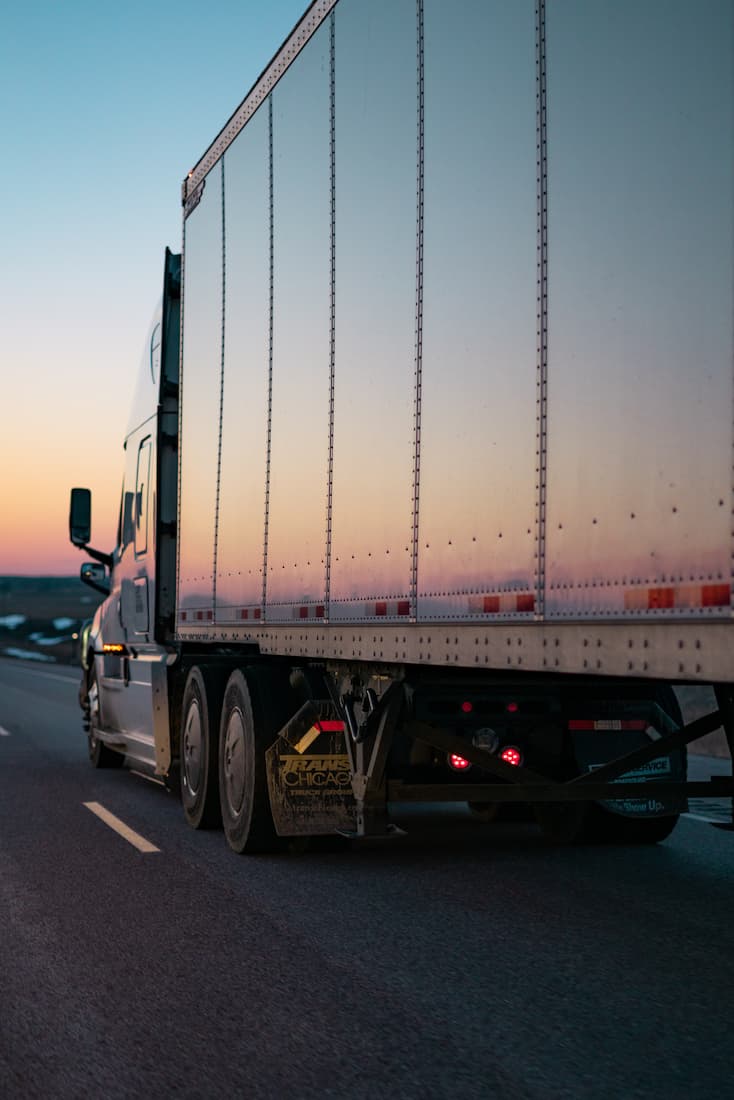 For transport vehicles used in urban areas and even in the city center, they will increasingly be replaced by light vehicles. These generate less air pollution, less noise pollution and less traffic. All of this in areas that, in addition, will become 100% pedestrian zones for many. According to Mordor Intelligence (a complex market research firm), the telematics market is expected to grow at an annual rate of about 21% by 2026. Indeed, it is an activity driven by technology and the evolution of embedded systems, used in almost all types of industries for transport and logistics, for security, traceability and profitability purposes.

Today, we connect vehicles, regardless of their size, type of power, the goods they carry and the routes they take. Major car manufacturers and their industry are signing partnership agreements with companies specializing in on-board systems, to ensure the connection and reading of data from their vehicles.

The objective is to analyze: consumption, driving behavior, ensure the safety of drivers and geolocate them in order to calculate the working time of employees of transport companies. 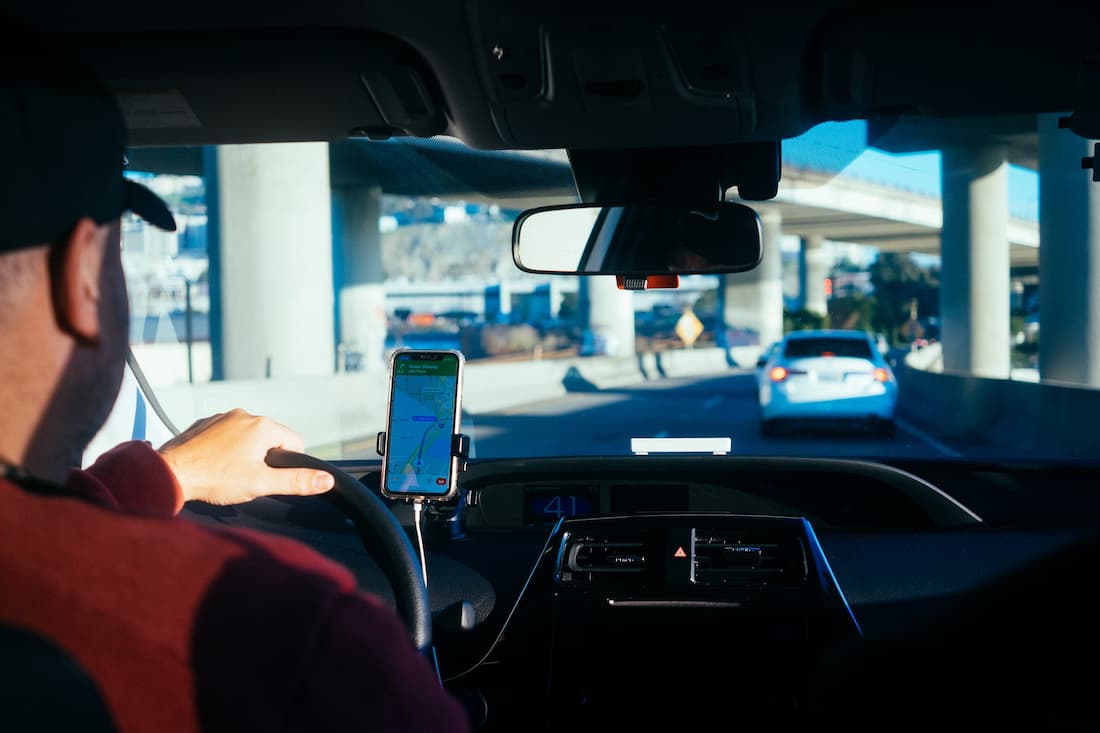 Trucks for the transport of goods (from 3.5 tons to 44 tons)

As for truckers who are not concerned by eco-driving in urban areas, the European Commission is turning more towards regulations on geolocation of trucks according to their country of origin and destination.

The reason? It wishes to better trace the exchanges and their impact on the environment, but also the road safety of the European countries which see, each day, thousands of cross-border trucks taking the road on their territory. In fact, in 2009, the EU had already limited the emission rate of hydrocarbons, carbon monoxide and fine particles for new vehicles registered from that date. Since then, new pollutants and lower and lower limits have been added to the regulations.

In nearly 20 years, it is estimated that these limits have reduced emissions from each vehicle by a factor of three, but this does not take into account the number of vehicles, which has increased significantly. Hence the EU’s desire to optimize road traffic of heavy goods vehicles, in addition to improving safety and monitoring of drivers.

What is the role of the tachograph?

Whether digital or analog, the tachograph is a device that records data on the movements and stopping times of all vehicles over 3.5 tons.

This is the “black box” of heavy goods vehicles. It therefore allows the monitoring of travel and rest times of truck drivers, as required by law (in France and in Europe). Indeed, since February 2nd 2022, the truck specialist France Routes explains that “any truck driver crossing a border in the European Union must ensure that this information is entered into his tachograph.”

For the EU it is also a way to check the validity of road cabotage (temporary authorization that it issues to carriers to make a delivery) and to control the respect of the days of waiting between the authorizations. In 2023, the new version of the tachograph will be made mandatory for all new vehicles put on the road. 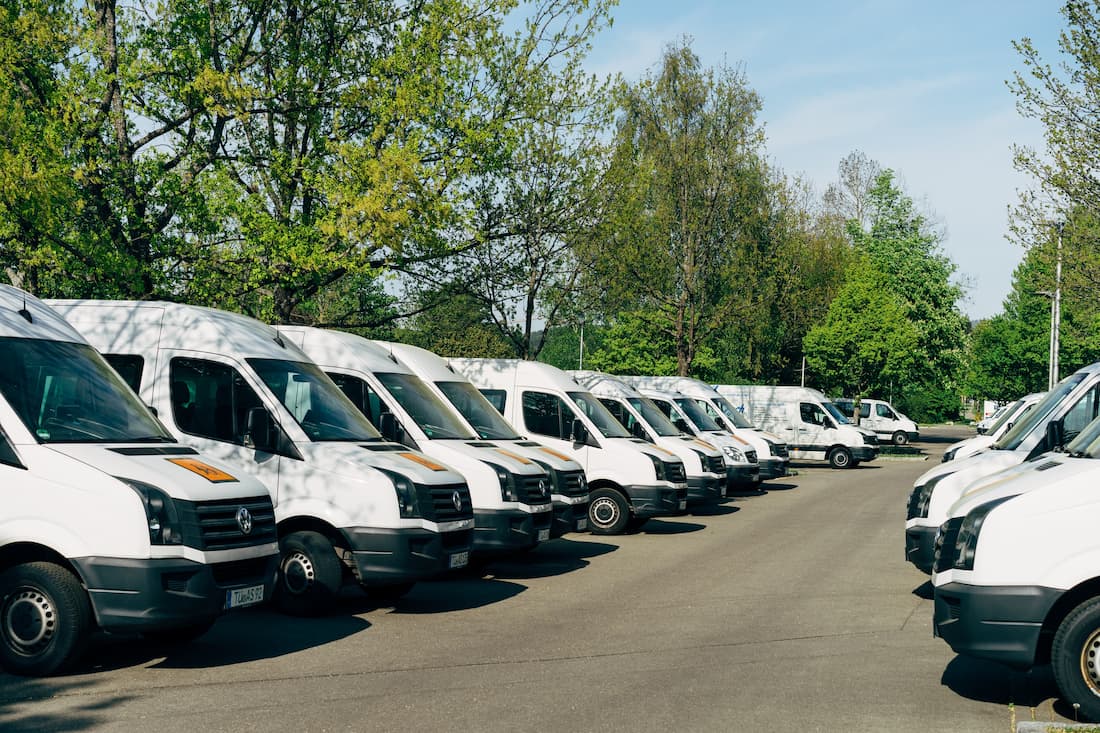 What strategy should the telematics sector adopt?

According to American risk management specialists, telematics technology could reduce risky driving behavior by 30%, and thus the cost of claims. By connecting tachographs to IoT solutions, we will be able to connect all truck and driving data to automate information feedback.

This will avoid potential data entry errors and therefore guarantee the veracity of the data:

Indeed, a solution like SoFLEET, allows transport companies to analyze remotely and in real time data on fuel consumption, location and driving behavior. All this, by helping fleet managers to optimize their vehicle turnover, maintenance and train drivers in eco-driving.

SoFLEET is a fleet management tool, which covers the entire transport value chain, bringing intelligence thanks to onboard systems and a unique, secure and intuitive platform. The platform is directly designed for fleet managers and professional vehicle drivers. 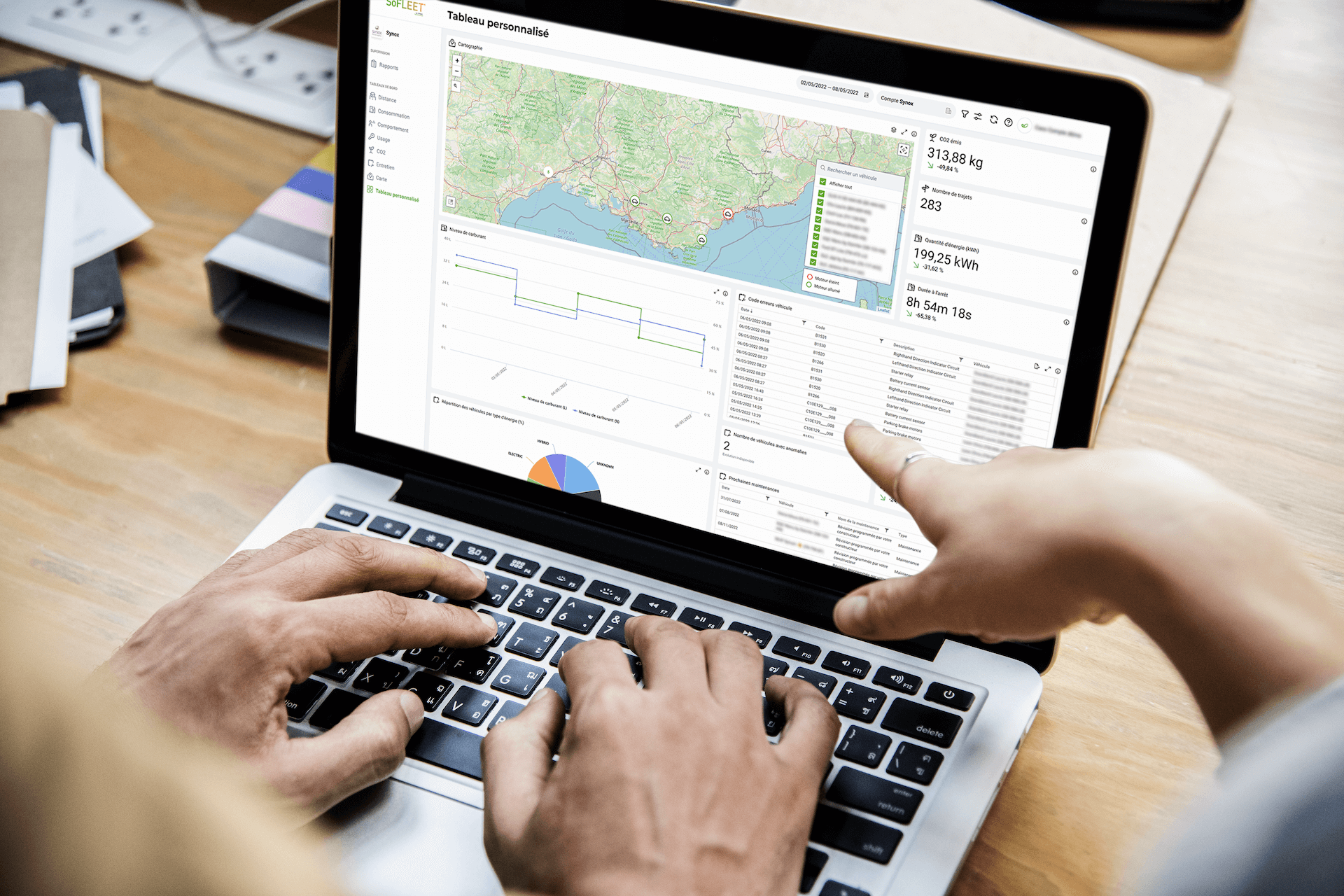 Sustainable cities that are getting ahead of the curve

With regard to traffic regulations in urban areas and the limitation of CO2 emissions, soft mobility and fleet management solutions are already helping to reduce air pollution in some European cities. It is estimated that with the EU expectations, on a large scale, the whole transport and logistics chain will improve its environmental impact and not only on limited areas.

In the long run, we understand that the objective is also and above all to acquire analytical data on fuel consumption and the viability of the tested methodologies in order to make the adopted solutions as viable and sustainable as possible. With the increase in hybrid and electric vehicles coming to market since 2015 and the digitalization of the trucking industry, fleet management has become much simpler, more efficient and more transparent.

Request your demonstration of our fleet management platform 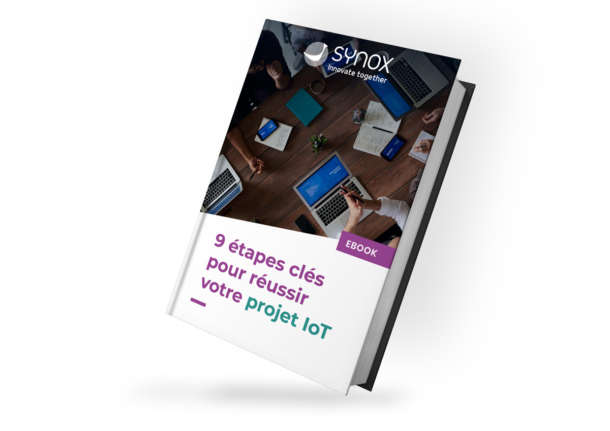